What Makes the CodeLogic Plugin Special?

Developers spend countless hours writing code in their IDEs. Code changes can cause unintended outcomes when developers do not fully understand how their code connects within and across applications. CodeLogic’s new plugin for Visual Studio inserts enhanced dependency intelligence into their typical workflow for finding references, so developers don’t have to break flow to access it. By providing users with dependency information that Visual Studio typically may not detect, the CodeLogic plugin can head off issues before they occur.

Easily installed and configured in minutes, CodeLogic’s Visual Studio plugin brings dependency data to developers within their IDE and seamlessly integrates with how they use it. Not only does the CodeLogic plugin enhance the user’s IDE experience, it also improves cross-team communication and fully informs code change decisions. 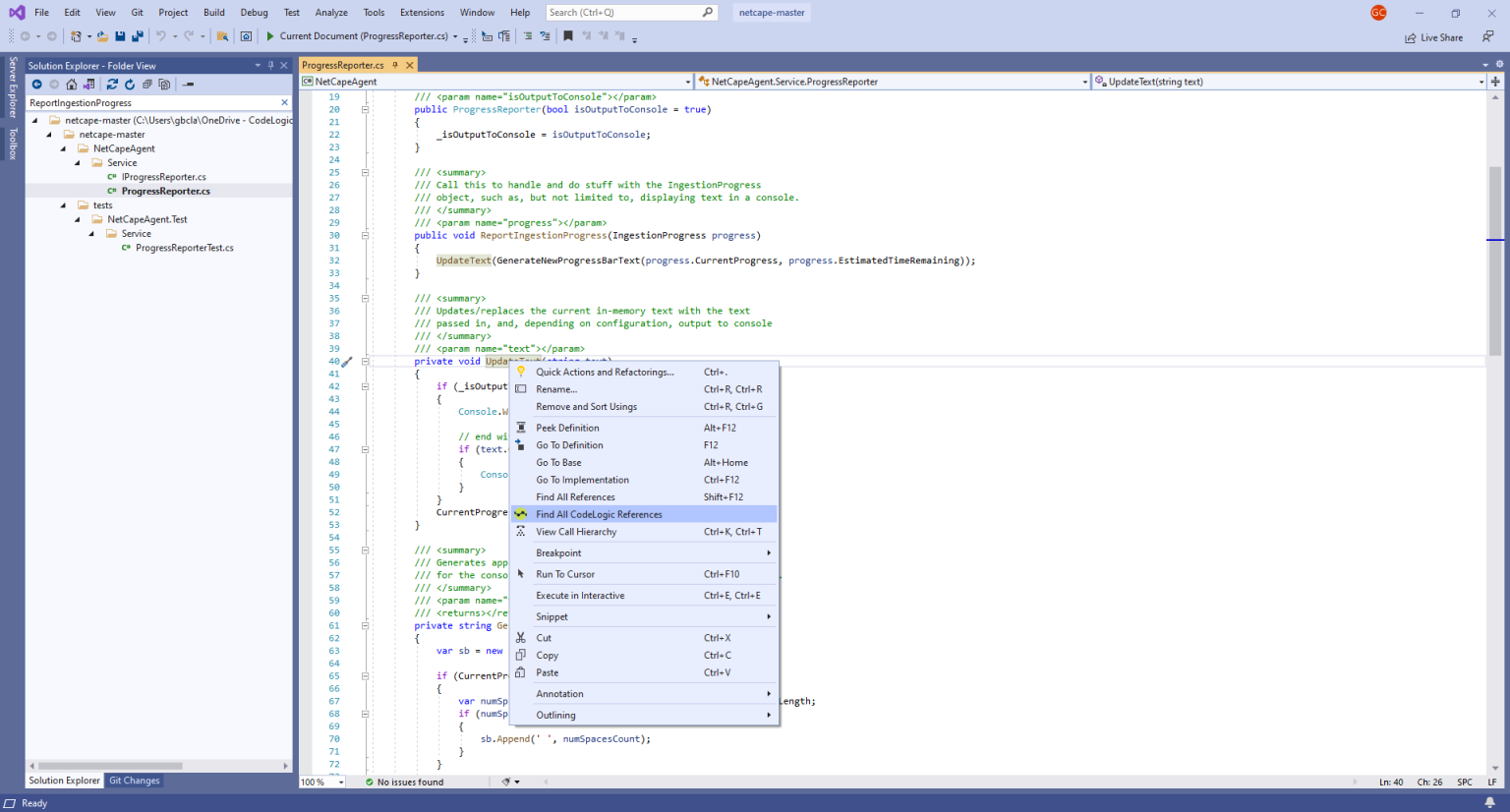 For more information, watch our video: How CodeLogic Works With IDEs